A few years ago I started watching beauty influencers on Youtube.  It passed the time during my commutes and during down times at work.  I quickly focused in on a few Youtubers whose work was relevant to me, interesting, and entertaining.  I have learned so much from the folks listed below and they are my inspiration for starting this blog!

Paula Begoun is the original beauty influencer.  I’ve been using her products since my 20’s, which means that I started using retinol before it was even popular!  I discovered her at a Borders bookstore in Glendale, CA where I found her book “Don’t Go To The Cosmetics Counter Without Me.” I was living in Los Angeles, working in a hotel, and had very little money.  I was surrounded by Hollywood’s glitz and glam, and I felt wanting.  I didn’t know anyone and would go to Borders to sit and read just to be around people.  I don’t recall where I first learned on the book, but I used to read it at Borders.  I soon started buying her products, and I’ve been a loyal customer ever since.  At the time, Paula’s Choice was very affordable with high quality.  It was drugstore prices for quality products.  Unfortunately, Paula’s Choice is no longer as affordable as it once was, but the products are still excellent.

At some point, Paula started the website Beautypedia with skincare and makeup reviews.  I never bought anything without first consulting Beautypedia.  A few years ago, when I noticed that the prices for Paula’s Choice products seemed a lot more expensive than they used to be, I also noticed that the reviews on Beautypedia weren’t as up-to-date as they used to be.  I consulted the Reddit-verse and learned that Paula sold her company to a hedge fund (or something like that) and that Beautypedia wasn’t part of Paula’s Choice any more.  I still check the website every so ofter for reviews, but I rarely see updates.  Part of my wanting to start this site was to makeup for the information that I no longer received in Beautypedia.  I thought that if I understood ingredients and broke them down, I could put together my own, personal website of reviews.  I also started looking to Youtube for more skincare information because of the lack of new product information on Beatypedia.

Nadine Baggott is a UK social media beauty influencer.  I first learned about her on Reddit and quickly subscribed to her Youtube channel.  I like her reviews because they are focused on product ingredients and products for women with more mature skin.  She has the entirety of social media covered with Youtube, Instagram, Twitter, Facebook, etc.  It looks like she receives lots of promo samples for which she provides reviews.  She’s also done videos of her medical cosmetic treatments (in case you’re curious)!  She tends to do a lot of sponsored posts but the reviews tend to be accurate and not puff.  I also appreciate that her reviews are shorter in length and don’t drone on.  I have bought way too much stuff based on her reviews!

You can learn more about Nadine here: nadinebaggott.com. 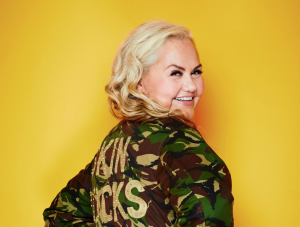 Caroline Hirons is another UK social media beauty influencer.  She used to be a facialist and turned her knowledge into creating a Youtube channel.  Of course she has all the other social media outlets covered too with Instagram, Facebook, and Twitter.  She recently wrote a book, which I have admittedly not purchased yet.  I like her brand reviews the best where she goes through various skincare lineups from the different brands.  Caroline has started putting together skincare kits each season, which are like a luxury beauty box.  I also appreciate her down to earth attitude about skincare and finding what works as opposed to the hype around brands.

You can learn more about this person here: carolinehirons.com.

Angie has become an enormous Youtube star in the past year. I started watching her Youtube channel when she had less than 100,000 subscribers.  She’s now up to almost 1 million subscribers and consistently posts engaging content on beauty and lifestyle products.  Her focus is on “mature” skin.  I think her most popular videos are her foundation Fridays when she does extensive wear tests of new foundations, as well as her under eye concealer reviews.  I have bought quite a few (unnecessary) foundations based on her reviews!  She focuses on quality products regardless of whether they can be bought at the drugstore, on Amazon, or from pricier outlets.  She does an occasional makeup tutorial, but her best content is her reviews.  She also keeps an ongoing list of her favorite foundations on her website here:  hotandflashy.com.

Wayne Goss is one of the original beauty influencers on Youtube.  I learned how to apply makeup watching his tutorials.  He rarely does sponsored videos, which adds to the credibility of his reviews.  I first learned about Wayne through his collaborations with Paula’s Choice when the brand had makeup.  He is probably one of the nicest social media influencers out there.  He could make a ton more money but he seems to value his credibility over making money.  He recently started his own makeup line, which he self-funds, that can be purchased on Beautylish.  His videos are short and easy to watch.  You will become better at makeup by watching and following his videos.

You can learn more about this person here: gossmakeupartist.com.

I highly recommend checking out all these beauty influencers to learn more about skincare and makeup.  I find these folks knowledgable and credible.  They also focus on “mature” skin and will be great for anyone in the 30’s, 40’s and beyond!